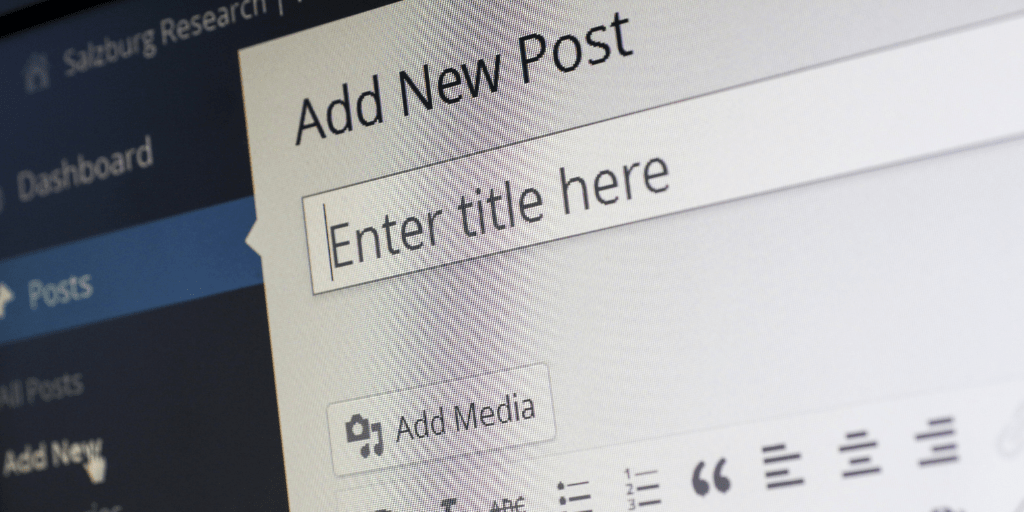 Over a decade ago, Google began modifying page titles in its search results, but the practice has recently become more commonly applied.

Google’s title rewrites gained social media attention on August 17, 2021, when Barry Schwartz reported Google displaying header tags instead of titles in the SERP. His report showed examples of Tweets and speculated if it was a glitch or test. However, in a follow-up article Danny Sullivan, a journalist and Google adviser, wrote that title rewriters were nothing new at Google, in fact, for reference google has documented their reasoning for rewriting titles, and best practices for writing descriptive title elements.

Sullivan pointed out that titles are never guaranteed, and that rewrites frequently improve pages with poorly worded title tags. 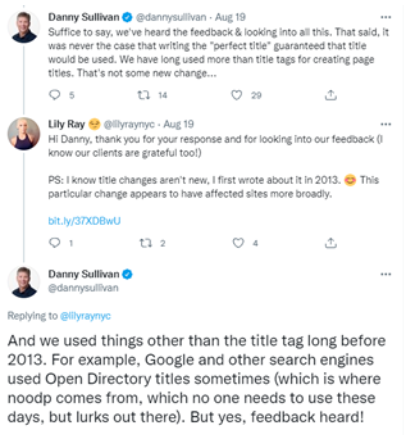 Even with the best of intentions, rewriting titles can work against marketing strategies and brand messages. Here are five common reasons for Google to rewrite your titles, as well as ways to avoid it so your title tags appear how you want them to.

Marketing experts can be overconfident in their use of marketing jargon, but Google is almost always right. Marketing terminology does not always translate well into keywords. To avoid Google removing your witty marketing tag lines, use a tool to ensure you are using the correct keywords.

Tools can be a very effective way to confirm which keywords are driving the most traffic to a page. Google Search Console Performance Reports track key metrics about a site’s performance in Google Search, including what brings users to a site, what they click on, and overall usage data.

2. Too Many Words in a Title

Google’s desktop display limit is 650 pixels. If your title is longer, Google will almost certainly rewrite it. However, writing titles and title tags can be more complicated than most people think. Keeping titles under 650 pixels can be particularly difficult when trying to fit in keywords or considering relevance. A method to help keep titles short but still relevant is to fill your title with keywords first. Titles are the first thing Google uses to rank a site for a keyword. Ensuring you get your keywords in first will force you to omit anything unnecessary.

The second tip to writing effective titles for Google is to use tools or plugins to help. The title is one of the most essential variables that Google analyzes to determine the topic of a page, it is typically the first thing a person sees in the search results. A tool like Yoast SEO can help webmasters optimize their website titles. Yoast SEO will generate a homepage SEO title that can later be customized. Yoast can also display a sample of how your title will appear in Google both via mobile and desktop results.

Another common tool for webmasters is SE Ranking, used for keyword research and suggestions. SE Ranking can help you find alternative words and assess competition for commonly used words or phrases that you can use to develop a unique title.

Using keywords in a title is important but excessive keyword use can cause Google to start wordsmithing. “Keyword stuffing” is a term coined by Google developers to describe the usage of unrelated terms or keyword overuse. Keyword stuffing, they say, can hurt a website’s rating and, worse, create a bad user experience.

To avoid keyword stuffing, don’t use the same word in a title more than once. Instead, use a variety of relevant terms with similar meanings to prevent a rewrite.

A good way to ensure whether or not the use of brackets or other characters will optimize your search results is to test your title with SEO software like Zyppy. Zyppy can help you figure out if a title will be successful or not. All title changes, clicks, and traffic performance are tracked by Zyppy. To enhance traffic, Zyppy can recognize a bad or winning title so you can determine which one to omit and lock in.

These are just a few of the many options for improving your SEO titles. If you want to learn more, view Google Search Central’s recommended best practices for building descriptive title elements. When it comes to optimizing titles and boosting user experiences, the best practices show what Google searches for.